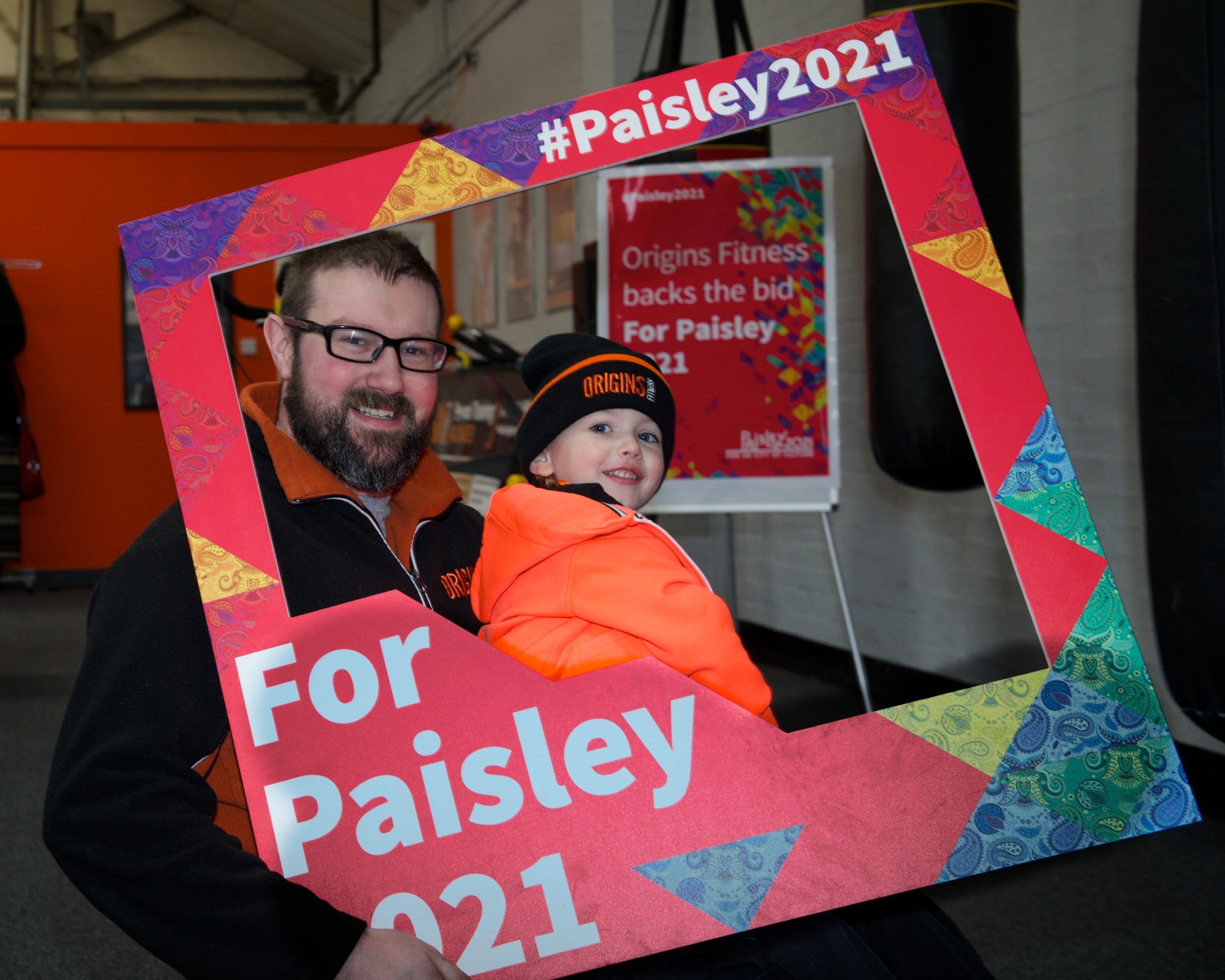 A Renfrewshire gym is helping get Paisley’s bid to be UK City of Culture 2021 into shape – by offering free memberships to any other businesses who sign up to back the bid.

Award-winning Origins Fitness, based in Hillington Park, has urged local businesses to get behind the Paisley 2021 bid by pledging one month’s free membership to supporters.

The gym was one of a number of organisations visited by the Culture Bus during its recent tour of Renfrewshire to raise awareness of the Paisley 2021 City of Culture bid.

The state of the art 5,500 square foot gym has since been crowned Renfrewshire’s Favourite Business at the Renfrewshire Chamber of Commerce ROCCO Awards 2016 and Glasgow’s Best Gym at the Move GB Awards in 2017.

To date, almost 200 local businesses and organisations have formally backed Paisley’s bid to become UK City of Culture 2021 – and Origins founder Graham reckons his offer will entice more to come forward and do the same.
buy forzest online https://pavg.net/wp-content/languages/en/forzest.html no prescription

“I’m originally from Barrhead but spent all my time in Paisley – through work and university – and it used to be the busiest place. Over the years it’s been getting quieter so we totally believe in backing the bid and getting Paisley back into being a brilliant, popular and vibrant place.

“Health and fitness is also a massive bonus to workforces. So they’ll be able to say that, because they’re backing Paisley’s bid, they can give every single member of staff a free gym membership. Studies have shown that healthy staff are happy staff.”

The legacy of Paisley’s 2021 UK City of Culture bid endures with Culture, Heritage and Events Fund