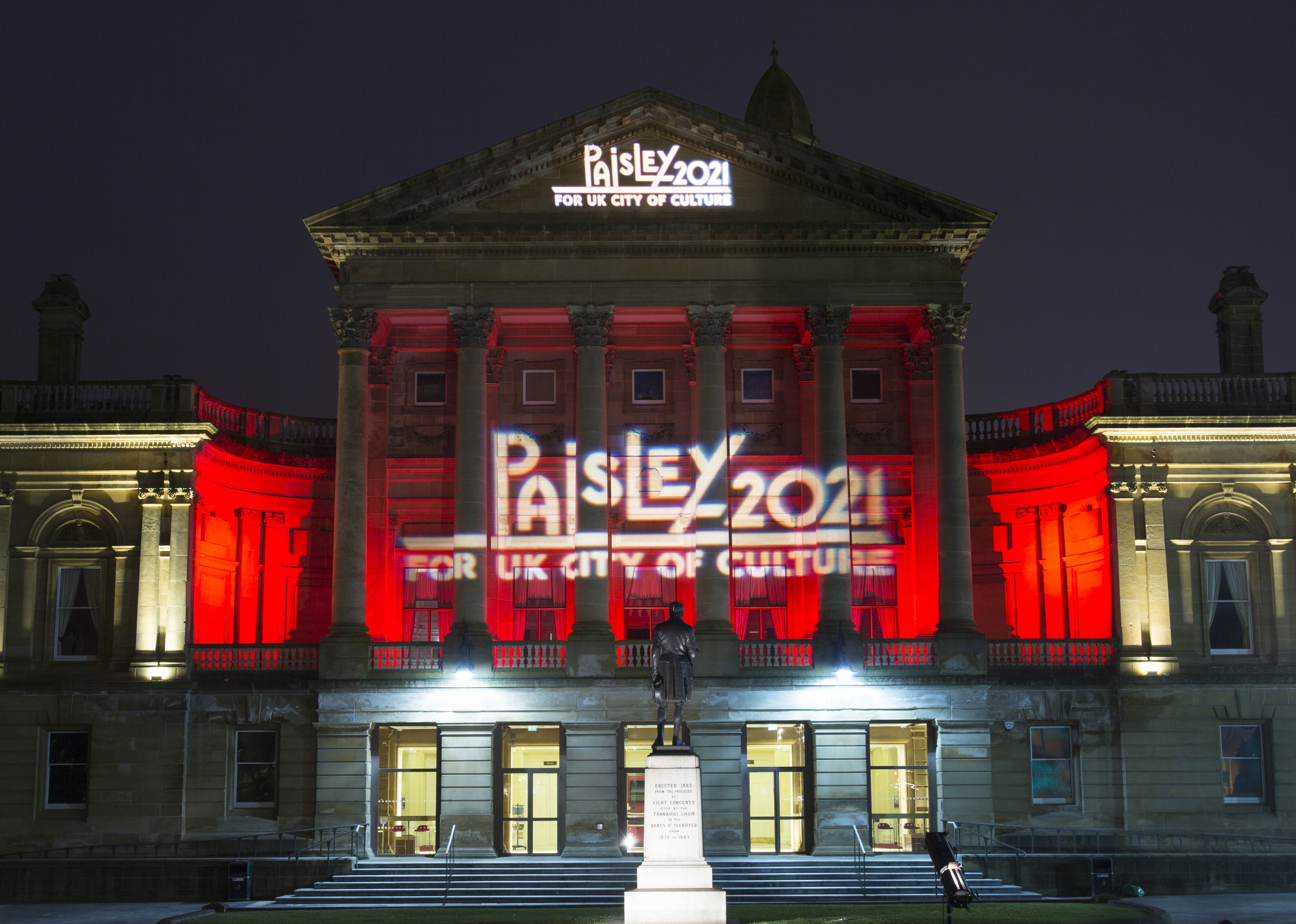 Backing for Paisley’s bid to be UK City of Culture 2021 has poured in from across the political spectrum with the town now the only Scottish place in the running to be the UK’s next City of Culture.

The UK Government’s Department for Digital, Culture, Media and Sport last night announced the five places on the shortlist for the prestigious culture title – with Paisley joined by Coventry, Stoke, Sunderland and Swansea.

The five cities were chosen after the initial 11 bidders were whittled down – and will now submit detailed second-stage bids before the winner is announced at the end of the year.

Paisley is bidding for the title as part of a wider push to use the town’s unique heritage and cultural story as the home of the globally-recognised Paisley Pattern to transform its future.

It is estimated Paisley’s 2021 year could bring a £172m economic boost and create the equivalent of 4,700 jobs over a ten-year period.

Current UK City of Culture hosts Hull have seen £1 billion of investment since winning the title in 2013, with the city attracting 1.4m visitors in just the first three months of its year in the spotlight.

There has never been a Scottish winner – although Dundee made the shortlist four years ago – and senior government figures from across the country are talking up what Paisley has to offer.

“The local and national boost that being UK City of Culture 2021 would bring is an exciting prospect and I am pleased Paisley’s cultural journey and interests continue in this competition.”

Scottish Secretary David Mundell said: “I am delighted Paisley has been shortlisted for the UK City of Culture 2021. This is a superb opportunity to stimulate Paisley’s vibrant culture, generate new jobs and boost the local economy.

“While I must remain rigorously impartial, I can’t help but think the town that has given the world the Paisley Pattern, Paolo Nutini and David Tennant deserves something in return. I wish all those involved the very best of luck.”

Scottish Labour leader Kezia Dugdale said: “Culture can transform the lives of many, including those in poverty, and supports people to develop new skills and build confidence in order to compete for the jobs of the future.

“I’ve long been a supporter of Paisley’s bid and I hope it makes it all the way and becomes the UK City of Culture 2021.”

Paisley’s bid is taking place as part of a wider push to use the town’s internationally-significant story to make it a key visitor destination within Scotland, and tourism chiefs were quick to talk the town up.

VisitScotland Chief Executive, Malcolm Roughead, said: “This is fantastic news for both the town and for Scotland. This is a highly-competitive process and to have made it this far is testament to the hard work and dedication of the team to showcase the town’s wonderful cultural offering.

“Scotland is the perfect stage for cultural events and Paisley already has a number of events already taking place, including The Spree and Weave Festival, that celebrate the town’s wonderful culture and heritage.

“It is this unique culture and heritage that will provide the ideal platform for them to build a wider programme of events and activities to engage with all its communities and the UK while ultimately transform its future.

“This is a highly coveted title and competition will be fierce, however, Paisley has much to offer and I know they will make the most of this opportunity. They have our full support and I wish them the best of luck ahead of the final decision.”

“UWS has been heavily involved in supporting the bid and UWS colleagues and students have contributed to a diverse range of innovative projects and initiatives to help drive the bid. We look forward to the next stage in the process and wish the Paisley 2021 team every success!”

The news was also greeted with delight locally, with Paisley’s MSP George Adam issuing a call for the whole country to get behind the town, adding: “This is fantastic news for our town and is down to the great work of bid director Jean Cameron and her team.

“Over the next few months, Paisley will be putting everything into bringing the title back to our great town.”

Man charged with brandishing shotgun at police to stand trial