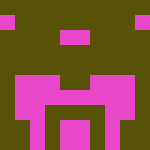 Two men who brutally attacked a Just Eat worker delivering a McDonalds have been jailed for a total of 27 months.

Prosecutor John Bedford told Glasgow Sheriff Court: “Mr. Sharis was making a delivery to the flat and was approached by Allan.

“Mr. Sharis told him he was doing a delivery and Allan went away.

“Dunn then appeared and attempted to grab the bag from him and as a result pulled Mr. Sharis backward.

“He refused to hand over the bag and was struck to head and body.”

Allan came back and hit Mr. Sharis to the head and then left.

Mr. Sharis was able to deliver the Mcdonalds, but then had to go hospital.

He luckily did not need any treatment.

The men, both of Erskine, Renfrewshire, were later identified via CCTV and arrested.

They both pled guilty to assaulting Mr Sharis.

The court heard Dunn was subject to a community payback order at the time.

Dunn received a 20-month sentence while Allan will commence his 227 days sentence after the completion of an earlier 332-day term for a separate matter.