Two jailed for life after unprovoked killing of George Calvert 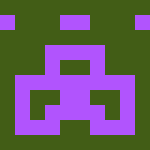 Two violent thugs were yesterday jailed for life for murdering a 48-year-old dad-of-one in an unprovoked attack after ambushing him at his flat.

Stephen O’Donnell, 30, and Robert Muir, 30, killed George Calvert by punching and kicking him and stamping on his head at Glen Street, Paisley, Renfrewshire, on 19th March, 2019.

Mr Calvert died from a massive brain injury hours after the brutal attack. He had 63 injuries – 26 of them to his head and neck.

Part of the attack took place inside Mr Calvert’s home and his brutal killers left him dying on the landing outside his home.

Yesterday at the High Court in Glasgow judge Lady Rae ordered each to serve 20 years in prison before they are eligible to apply for parole.

Lady Rae told the pair: “You were both found guilty by a jury of what can only be described as a brutal and savage attack on a man in his own home.

“He suffered multiple injuries to his head and body caused by you two kicking, punching and stamping on him.

“I detect little or no remorse. You O’Donnell tried to minimise your involvement and Muir you said you have no memory of events.”

At the time of the murder both men were on community payback orders – O’Donnell for drink driving and driving while disqualified and Muir for an assault with a bottle.

Prosecutor Graeme Jessop, said: “They both had appointments for the community payback orders that morning – but were sent away.”

The court heard that both men then headed to O’Donnell’s flat where they sat drinking and in the afternoon murdered Mr Calvert.

O’Donnell , who was in a relationship with 19-year-old Kisteen Templeton, feared that Mr Calvert would tell her jealous ex-boyfriend Robert Cowan about them.

Before heading to Mr Calvert’s flat O’Donnell told his friend Muir “George saw me and her walking about and I wouldn’t be surprised if he tells Robert Cowan.’”

The sound of the horrific beating and Mr Calvert whimpering was heard by people in neighbouring flats.

O’Donnell , who lived in the same block of flats, tried to fool police by telling them he just had arrived home and found the street ‘like a CSI parking lot.”

His accomplice Muir asked Ms Templeton to lie for them and say they were in O’Donnell’s flat all day.

They were brought to justice because their clothes and shoes were covered in droplets of Mr Calvert’s blood.

Muir’s handprint in Mr Calvert’s blood was found on a wall close to where Mr Calvert lay.

Prosecutor Graeme Jessop, said: “This was a concerted attack, a vicious attack and a sustained attack on a man who was ambushed at his front door as he came back home. It was unprovoked.”

They had both earlier offered pleas of guilty to the lesser charge of culpable homicide, but these were rejected.

Tony Graham QC, representing O’Donnell, said: “It was never the intention to do more than an assault or a breach of the peace, but it escalated.”

Defence counsel Thomas Ross QC for Muir said: “He doesn’t remember anything about the offence due to intoxication.”

Four million still to file ahead of Self Assessment deadline