Father of American Ornithology is honoured by his home town Paisley 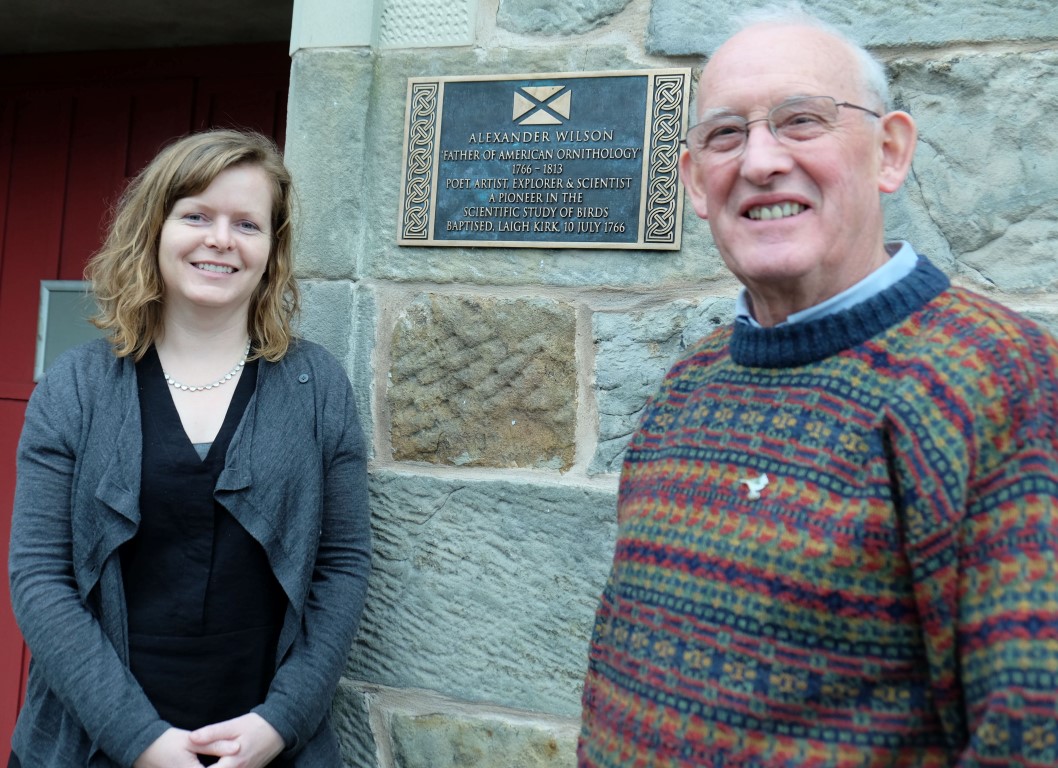 ONE of Paisley’s famous sons who became known as the Father of American Ornithology has been honoured by his home town.

And ironically, the Arts centre wall where the plaque is mounted is part of the former Laigh Kirk Church, where Wilson was baptised in 1766 by Rev John Witherspoon, signatory of the American Declaration of Independence.

Wilson rose to fame after he emigrated to America in 1794 and travelled 10,000 miles on foot across that country with the pioneering ambition of observing birds in their natural habitats, scrutinising behaviour, posture and habits and classifying the different species.

This culminated in the publication of nine volumes of the book American Ornithology featuring Wilson’s drawings, paintings and descriptions of more than 260 species of birds – with 25 species previously unknown – in North America.

By the time Wilson died of dysentery in 1813, seven volumes of American Ornithology had been published with the final two volumes produced posthumously.
buy cialis super active online https://mannadew.co.uk/wp-content/languages/en/cialis-super-active.html no prescription

This amazing feat of Wilson’s, which took six years to complete and earned him credit for establishing ornithology as a science in America, was a far cry from his early years in Paisley.
He left school at the age of ten after his mother died and started work, first as a cow herder and then as an apprentice weaver.

Wilson became a poet and was a contemporary of Robert Burns and like many weavers became well read and a radical on social issues.

But he fell foul of the law over a satirical account of a local mill owner and was imprisoned as he faced charges of libel and blackmail. But after a second run-in with the law over the distribution of radical propaganda, Wilson decided to emigrate.

Morag Macpherson, Renfrewshire Leisure’s Head of Cultural Services said: “The countryside around Paisley became Alexander Wilson’s playground in his early years and that exposure to the world of nature would have a profound effect on his later life.

“Soon after he arrived in America, Wilson developed a passion for the study of birds and his truly scientific approach to ornithology made him a pioneer.

“This Commemorative Plaque Scheme celebrates the lives of people who have made a significant difference to Scotland and its people.

Renfrewshire Tesco shoppers thanked for food donations of over 6,000 meals