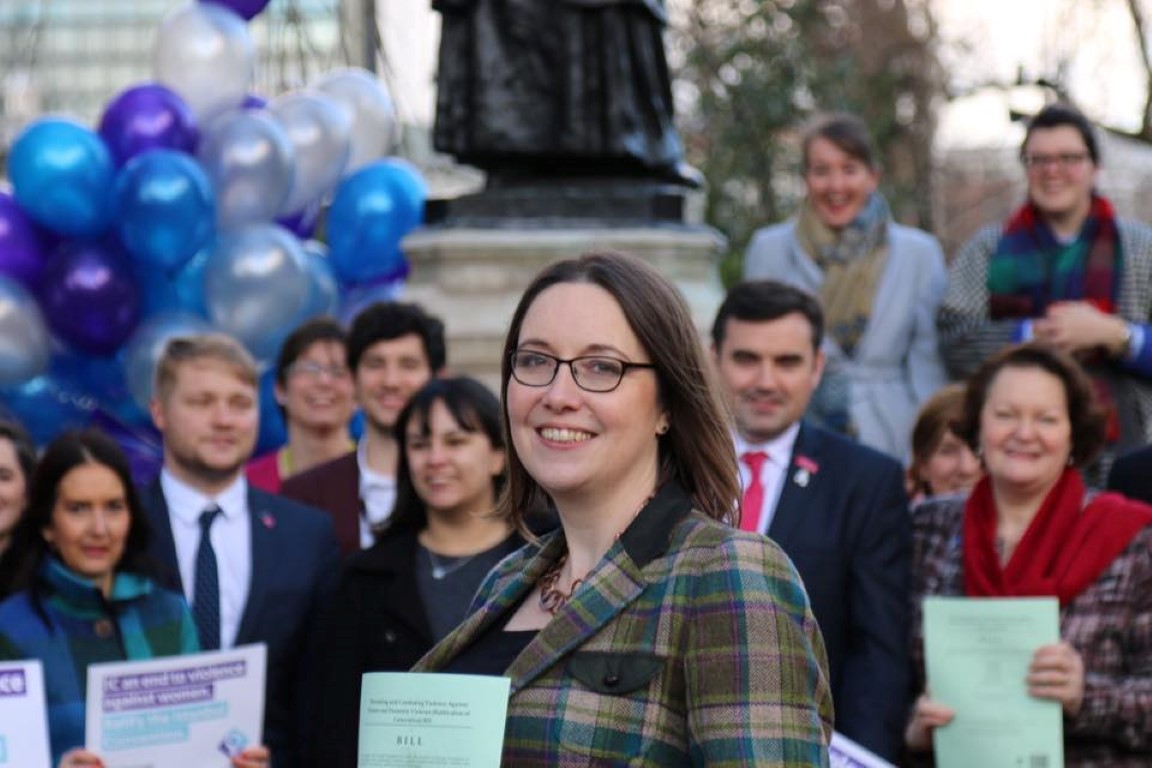 Gavin Newlands, MP for Paisley and Renfrewshire North, has welcomed a landmark law to tackle violence against women which passed its Third Reading in the House of Commons on Friday with an overwhelming majority of 138 in favour to just 1 against.

Dr Eilidh Whiteford MP’s Preventing and Combating Violence Against Women and Domestic Violence (Ratification of Convention) Bill 2017, requires the UK government to ratify the Istanbul Convention – a far-reaching new law that puts legal obligations on the state to prevent violence against women, protect women and prosecute the perpetrators.

The Bill, which has been championed by women’s equality organisations including IC Change, Women’s Aid, Scottish Women’s Aid, Rape Crisis Scotland, White Ribbon, End Violence Against Women, Scottish Women’s convention, NUS, Girlguiding, and the Fawcett Society received cross-party support. The Bill also received strong support from the actor and UN Women Global Goodwill Ambassador, Emma Watson, who this week wrote to all MPs urging them to vote for the Bill.

Commenting after the Bill passed its Third Reading, Gavin Newlands MP said: “I am delighted that this landmark legislation to combat gender-based violence has received such overwhelming cross-party support and now looks set to be ratified.

“I am so proud of my colleague Eilidh Whiteford for the way in which she has skilfully steered this bill through the House of Commons.

“This is a huge and historic step forward in efforts to tackle violence against women and has the potential to transform the lives of thousands of women right across the country. I commend IC Change and other campaign groups who have worked on this issue for all their hard work.

“I have worked hard on this issue ever since my election, and over the course of the campaign we have sent letters, asked several parliamentary questions, submitted numerous EDM’s, held a roundtable event, and together with IC Change have built support across the House for ratification.
buy suhagra online https://healthcoachmichelle.com/wp-content/themes/Divi/css/new/suhagra.html no prescription

“The Istanbul Convention is the most comprehensive and far-reaching framework that exists to tackle violence against women in its many forms and manifestations, and critically, it provides the legal apparatus to hold governments accountable for their progress.

“Passing of this Bill sends a message of hope and solidarity throughout the country, to every refuge, to every woman living in fear of violence from their partner or ex-partner, to every child who witnesses their parent being abused.
buy cialis pack online https://healthcoachmichelle.com/wp-content/themes/Divi/css/new/cialis-pack.html no prescription