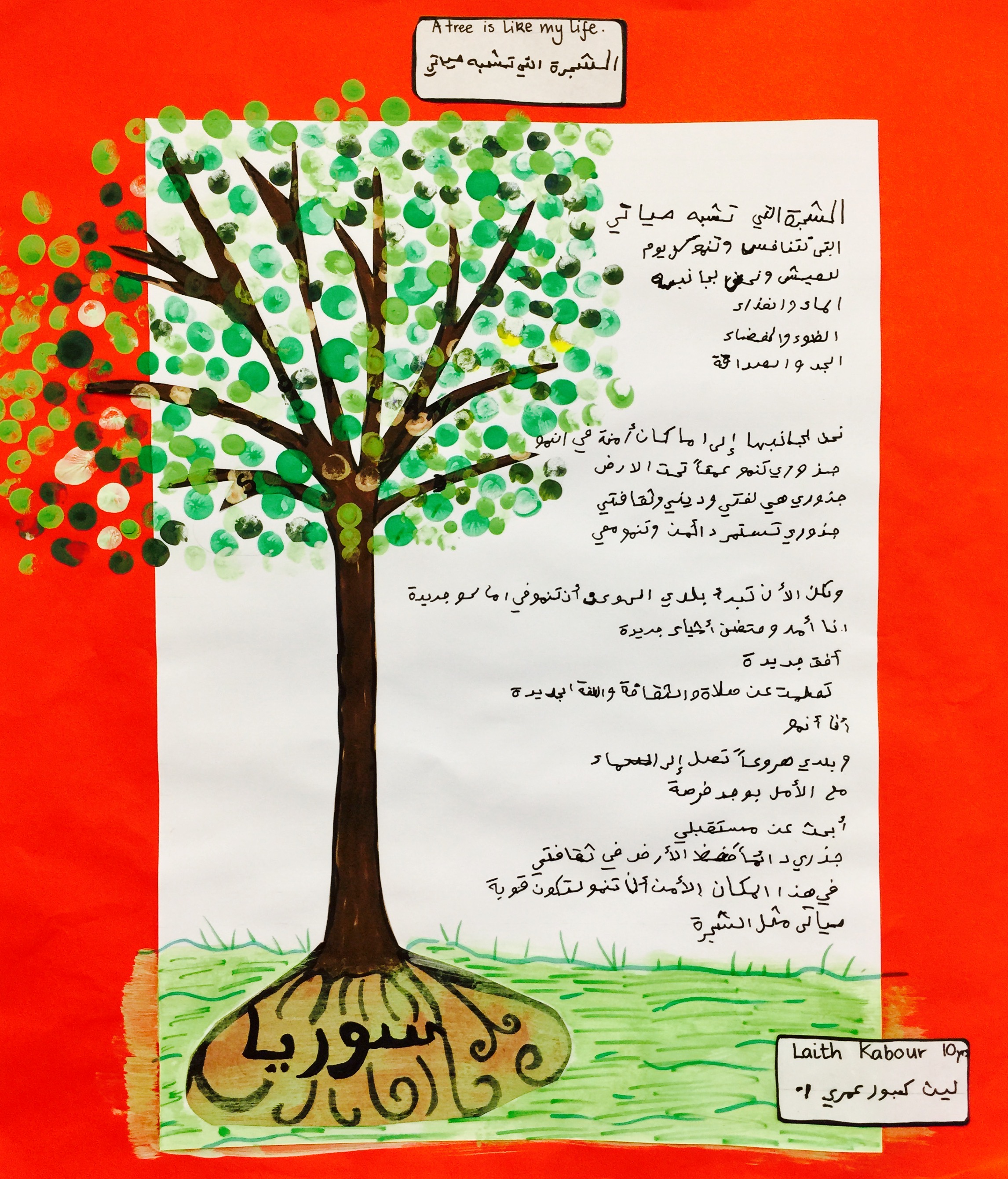 Six bilingual pupils from Renfrewshire have scooped up awards at a national poetry competition for their creative writing talents.

Of the 14 awards up for grabs through the ‘Mother Tongue Other Tongue’ competition run by SCILT – Scotland’s National Centre for Languages, six were awarded to pupils from St John Ogilvie Primary School, St James Primary School and Castlehead High School, who had written poetry in their native tongue in order to share their “other voices”.

One of the winning Renfrewshire pupils, Laith Kabour from St John Ogilvie Primary School, is a new arrival to Scotland who was placed in the area through Renfrewshire’s Syrian Refugee Resettlement Programme.

Laith has adapted well to his new life in Scotland since he arrived in Paisley in December 2015. His poem uses the metaphor of a growing tree to describe how he maintains his Syrian roots and Arabic language and culture, while growing his branches in his new life in Scotland. Laith’s mother, who is still living in Syria, has been able to read and hear her son’s poem by visiting the blog run by EAL teachers in Renfrewshire. She is incredibly proud of how well Laith is learning and thriving in his new environment.

Leader of Renfrewshire Council, Cllr Mark Macmillan, said: “I’d like to congratulate all our talented pupils who, with the support of their teachers, performed so well at a national level through the Mother Tongue Other Tongue competition. The work produced by the students was of such a high standard and serves as an example of the wealth of creative and talented young people we have in Renfrewshire.

“It is especially inspiring to see the pupils celebrate their native language and heritage while flourishing in their new surroundings.”

Ruth Cunningham is one of the EAL Specialist teachers who has supported the pupils this year. She said: “We are so proud of all the bilingual children in Renfrewshire and want to encourage our pupils to continue learn their native language and to use it to be creative.

“The children can also encourage their Scottish peers to see the benefits of speaking more than one language and act as a role model for language learning.”

A full list of the winning pupils from Renfrewshire are:

The Mother Tongue Other Tongue’ celebration event and prize-giving ceremony will be held at the SECC on Sat 11th March (10.00 – 12.00).  Winners and highly commended pupils’ work will be published in an anthology and the children will receive a prize and trophy.

For more information on the competition, on bilingual learners or general EAL resources please visit the Renfrewshire EAL blog  http://ealrenfrewshire.blogspot.co.uk/.

Renfrewshire to enjoy final day of heat with thunder due later

Recruitment Fair to be held at Braehead Centre