Photos: 1970s punk band Sham 69 take to the stage at The Bungalow 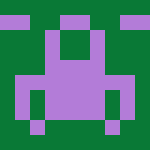 The Bungalow bar erupted when 1970s punk band Sham 69 were escorted through the crowd on Friday night to take their place on the stage at the Shuttle Street venue.

Sham 69’s frontman Jimmy Pursey, along with his wife, waited by the band’s dressing room door at the right of the stage, when the band started to play before they were escorted.

The gig was delayed slightly due to some technical difficulties when there was an issue with the bass player’s AMP.

Jimmy, who formed the punk rock band in 1975 and achieved five Top 20 singles, looked on unhappily while shaking his head had expected to walk straight onto the stage, Fortunately, the cheers continued during his big entrance.

The bass came to life causing rapturous applause and cheers from the crowd. Pursey entered the stage with his hands held high to cheers that rang out throughout the bands entire set.

The support band was The Mighty Walters Specials who are an excellent Ska/Punk type cover band. They went down a storm with everyone in the bar, a great band who managed lift the punters spirits before the main act Sham 69 took to the stage.

At one point a bottle of water left Jimmy soaked but, a true professional that he is, the show went on and he remained in great spirits.

The band played 15 songs and then exited the stage to go into the dressing room where they remained for about 10 minutes but the fans were going nowhere.

After what felt longer than ten minutes, they arrived back on stage to play Hersham Boys.

Hersham is where Sham 69 were created. Jimmy was a founding member and over the years he was in and out the band and at one point played with Steve Jones and Paul Cook of the Sex Pistols. In 2011 Jimmy announced on twitter that he would be reforming Sham 69 with the 1977 line up members.

Another fantastic weekend in the world of the Paisley music scene.

You can view the full set of photogrpahs on David Cameron’s Flickr site here: https://www.flickr.com/photos/its-all-pretty-cool_dot-com/albums.

Renfrewshire urged to get into gear to help beat cancer