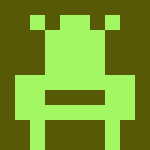 The annual Wallace day is on Saturday.

The event begins in Johnstone at Ludovic Square and then a march into Elderslie to the Wallace Monument on Main road.

The Wallace Society said: “The great Scots patriot and freedom fighter Sir William Wallace was born at Elderslie, and every year the residents commemorate their local hero on or near the anniversary of his brutal execution by the English on 23rd August 1305.

“A parade makes its way from Ludovic Square in Johnstone to the Wallace monument in Elderslie two miles away, accompanied by much flag waving, tartan wearing and a pipe band. Expect a crowd of a few hundred come to pay their respects. Speeches are made by the monument and there’s a suitably Caledonian-flavour concert during the evening.

“It’s all organised by the Society of William Wallace and there are also associated events at Lanark on the same day.”